We’re back for another week of excavating after a much needed rest over the weekend but before we launch into new discoveries and points for discussion let’s recap over a few of the highlights from last week.

On Friday, Eva from SPW removed the unbroken bottle from its trench.  Finds analysis have revealed that it is definitely from the battle era and amazingly still contains a few drops of spirit in it.

Eva and Tony with the battle era bottle 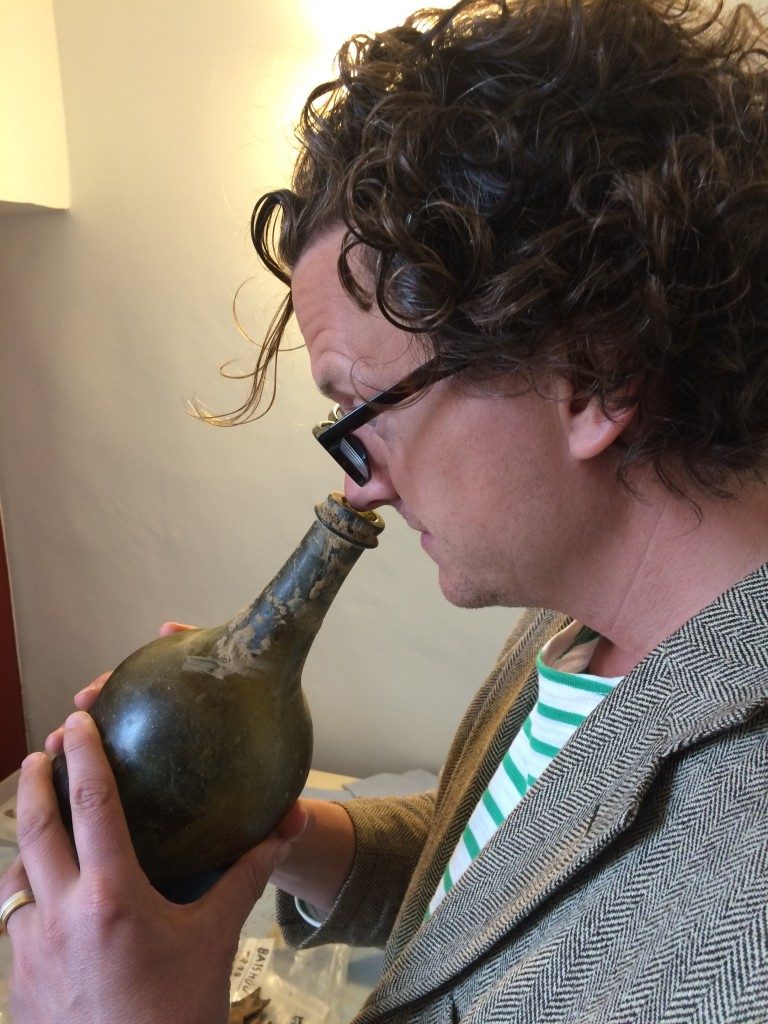 Could it have been dropped in a hurry? Or maybe the owner had drunk enough? Early indications (Stu’s sense of smell) show that it is not brandy!

We also finished off our work in the walled garden. One of the project’s objectives was to see if any traces of the garden were left. The answer is no, well not many, and although disappointing we can say we have answered our question regarding this particular part of the project. That is the way archaeology goes. C’est la vie.

Marc from the University of Ghent popped by on Friday to have a catch up and see what results we had got after excavating the anomalies from the geophysical survey undertaken a while ago. The University of Ghent are significant partners in the Waterloo Uncovered project and have supplied state of the art geophysics. It’s great to have them back and have the support of our Flemish friends. 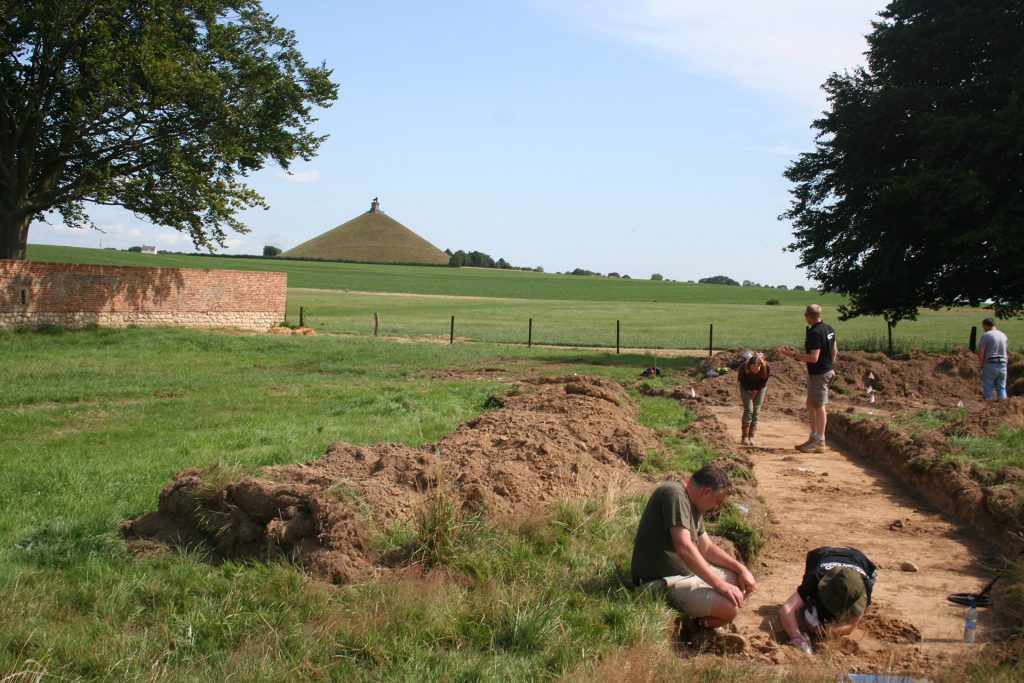 Excavating in the Killing Ground

In our second week we will move further into the killing ground and explore the kitchen garden too. We’re also going to look north of the farm and initial results seem to have revealed the ponds that were recorded to have existed at the time. Looks like there are things in them too…interesting!