The finds coming out of Hougoumont Farm tell many different stories, some of battles, some of home life and some of modern life. It makes you appreciate how many people have worked, lived, fought and died in this small area of Belgium.

We’ve pulled out a selection of finds to highlight these themes. We hope you enjoy them 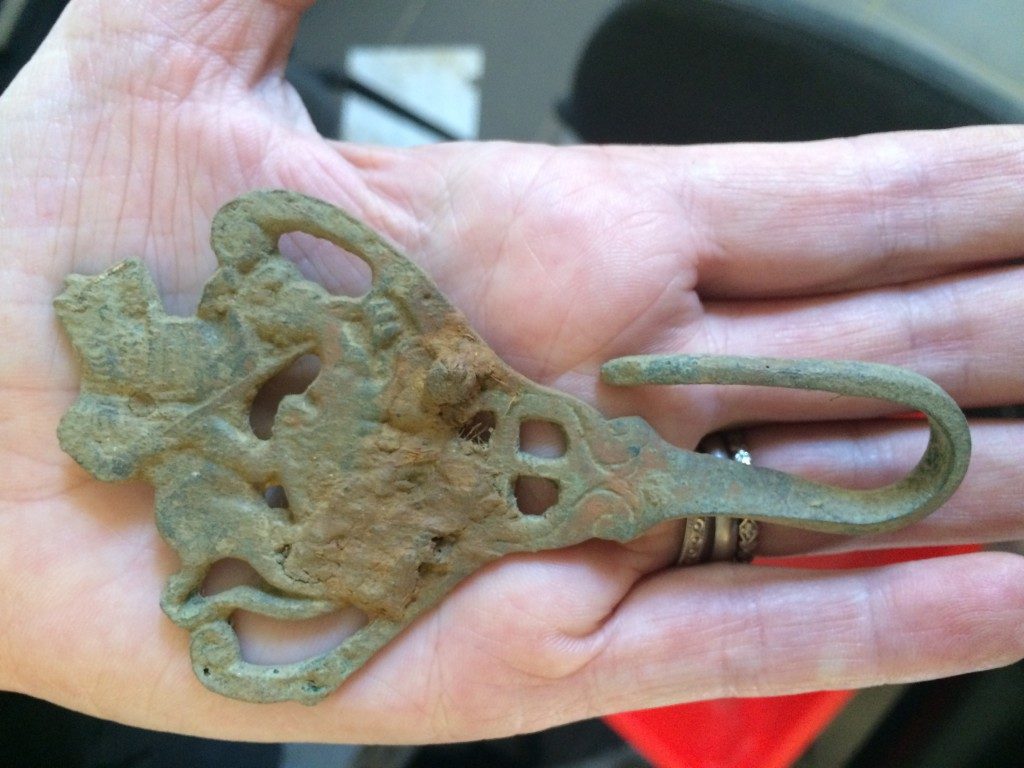 Made of possibly a copper alloy or iron and has a distinctive George and the Dragon motif at its top and a large curved hook at the bottom. It has two holes which very possibly allowed it to be attached to a wall or some other structure.  What could it be? And how did it end up at Hougoumont Farm? 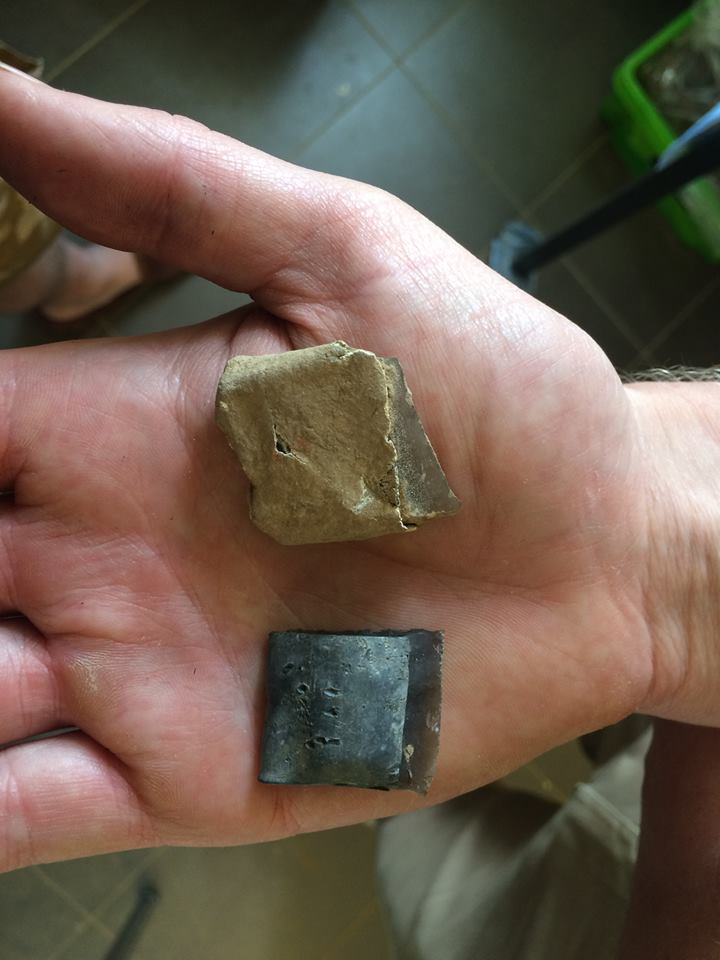 British musket flints in sleeves. The older version is lighter in colour and slightly larger in size. We know these are British musket flints rather than French because the French used a different type of flint . Luckily for us Dominique Bosquet is a Neolithic expert so knows his Flint very well indeed. 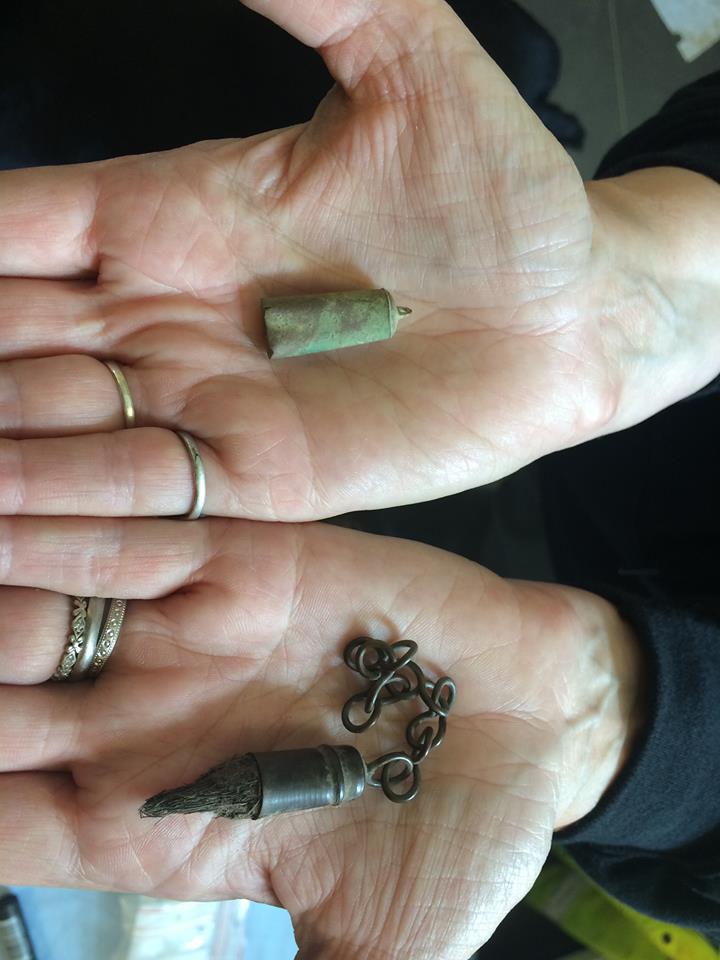 These two pan brushes were used to clean the firing pan of a musket. The pan is where the powder and flint was placed before firing and would often get congealed and clogged up with tar and other gunk.

The pan brush with the chain is a modern version dropped by a reenactor, whilst the other is from the battle period but the brushes that would have been present have degraded over time. The soldier who it belonged to would have taken great care to clean his musket, ensuring it was ready for use when the time came to fire it.

This well preserved 4th Foot Regiment button was found on site and must have dropped off a soldier’s uniform. But, hang on…its too shiny, its too…new! That’s because it’s a reenactors button and what’s more it was made by none other than the husband of our Finds Officer, Hillary! His makers mark gave it away. Small world indeed! 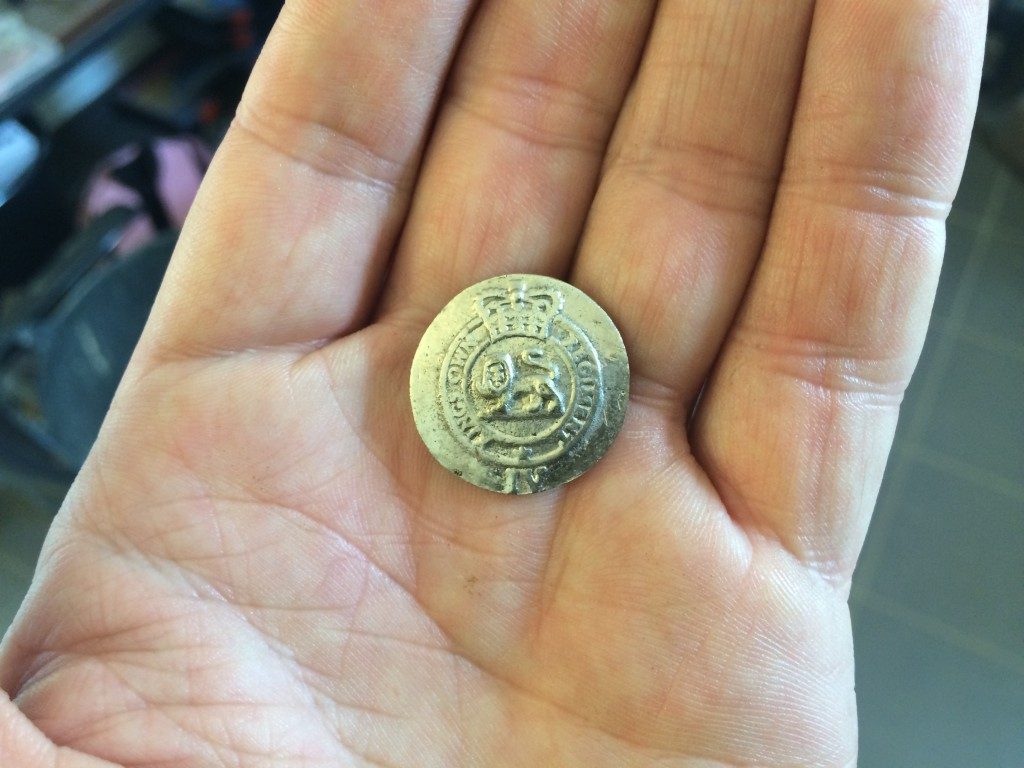